We’ve assembled a team of a few ambitious, high-motivated and high-energy experts, with a diversity of opinions in solving contemporary problems.

At the helm of every great company is a standout leader.  William (Bill) Balling is the founder and visionary of WRB, LLC, and since the company’s inception in 2006, he has a goal of continuing to make significant contributions to advancing municipal government priorities and addressing the highest costs of local government through innovation.  As a former Village Manager for the Village of Buffalo Grove for 29 consecutive years, Bill brings a mix of expertise and myriad contemporary solutions to complex issues facing the public sector and government agencies today.

WRB, LLC has assembled a team and network of a few technically-astute, highly motivated and high-energy experts, with a diversity of opinions in solving contemporary municipal problems and successfully delivering on project services.

The WRB team wants to change the World!  And we do this by volunteering in our communities and giving our time, talents, and treasures to non-profit, community-driven and globally-focused organizations who are uplifting, empowering, employing, inspiring, feeding, curing, protecting, and serving people in need and/or at-risk.  Giving back and service are top community outreach priorities for WRB, LLC. 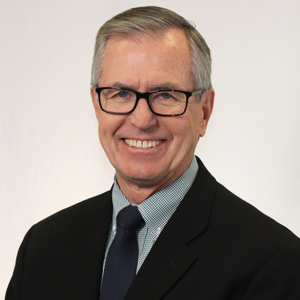 Based in Arlington Heights, Illinois

William (Bill) Balling is a Founding Director of WRB, LLC Consulting and Management Services. Since 2006, the firm has made significant contributions to advancing municipal priorities and addressing the highest costs of local government through innovation.  As a former Village Manager for the Village of Buffalo Grove for 29 consecutive years, Bill brings a mix of expertise and myriad contemporary solutions to complex issues facing the public sector and government agencies today.

During his tenure in Buffalo Grove, Bill guided the growth of the town three times its original size in land area, infrastructure development, and population.  While working as Village Manager, Bill served concurrently on the Board of Directors of the Northwest Central Dispatch Center in Arlington Heights, twice as its Chairman.  He facilitated the agency’s broad expansion and three facility enhancements.  Bill also served as Chairman of the Northwest Water Commission in Des Plaines, and the Executive Committee Chair for the Solid Waste Agency of Northern Cook County and in Des Plaines.

For more than fourteen years, Bill has led a successful consulting practice and has completed projects for more than 80 local government entities, with considerable repeat engagements.

Additionally, Bill is a member of the Rotary Club of Buffalo Grove where he has been recognized twice as Rotarian of the Year, which is the highest level of recognition for members.  He was also named the Buffalo Grove Rotarian of the Decade and is also a multiple Paul Harris Fellow in Rotary International.  Bill’s most satisfying volunteer service work includes his annual support with indigenous communities’ educational facilities in Eastern Guatemala, where he has traveled and participated for the past several years.

Bill has a Master of Public Administration Urban Management from Northern Illinois University, a Bachelor of Liberal Arts in Political Science from Elmhurst College, Certificate for Management and Leadership from Kellogg Graduate School of Management at Northwestern University, and is a Credentialed Manager from the International City / County Management Association.

Since 2006, Bill has served as a Bank Director for Northbrook Bank and Trust (a Wintrust Financial Charter Bank), which has provided an interesting perspective on the broad Commercial, Governmental, and Social Service Agendas throughout metropolitan Chicago.

Based in Arlington Heights, Illinois

Nancy Balling is a Founding Director of WRB, LLC Consulting and Management Services and maintains an active role in business development, community research, and quality control for the practice. She is also an accomplished commercial photographer developing account relationships with primary education schools and private clients throughout metropolitan Chicago, including Kenosha County, Wisconsin. She had an early career exposure to the challenges of cities and villages, urban management, community development, and environmental protection, through her work with the Northern Illinois University, Center of Governmental Studies then under the direction of Dr. James Banovetz. She continues to identify client opportunities and needs for WRB, LLC.

Nancy has a Bachelor of Arts degree from Loyola University in Chicago and has taken graduate work at Loyola University’s John Felice Center in Rome, Italy for two summers, studying cultural history and has participated by invitation in seminar activities at Fordham University in New York City. She also participated in a summer abroad language immersion program in Costa Rica. Nancy also  served for a year  providing on site in person support for incarcerated teenage female  inmates at a State facility in Warrenville, Illinois. Her efforts were focused on building self esteem and positive self expression through conversation and support in an effort to promote positive feelings and self respect for their future when they are able to reenter the general population in Illinois.

Early in her career she lived in southern Germany and attended remotely classwork through the University of Maryland. Nancy and her husband Bill have provided charitable support to multiple programs sponsored by Rotary International, and though continuing support to the Chicago Catholic Archdiocese and their local parish. When not in service to WRB, LLC Nancy enjoys following the careers of her two adult children Allison an Epidemiologist in Sugar Land (Houston), Texas and Mark an accomplished piano artist living in Los Angeles, California, their spouses, and two wonderful Texas grandchildren, Marisa, and Jonathon, visiting as often as possible. 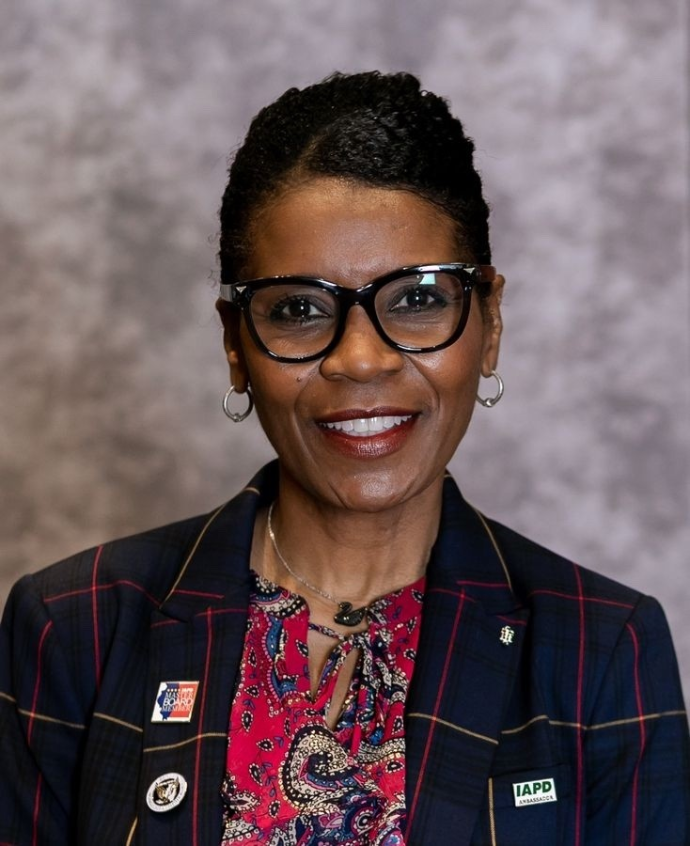 Based in Riverwoods, Illinois

Adriane Johnson is the founder and president of Populus XP, LLC, a full-service, high-level HR and strategy firm dedicated to providing human capital management solutions to help companies effectively manage their investment in people. Populus XP works with businesses of all sizes in the private, public, and nonprofit sectors, providing human capital management solutions by delivering a combination of HR outsourcing and consulting services. Populus XP is committed to making its clients’ establishments the workplace of their customers’ choice.

Adriane has a Master of Jurisprudence from Loyola University Chicago School of Law and a Bachelor of Arts Degree from Columbia College, Chicago, and is an Illinois State Senator for the 30th District.  She is a Certified Professional in Human Resources (PHR) and SHRM-CP.  She has been active in board and leadership development and has guided a variety of public and private boards on leadership strategies, staff relations, and organizational structure. Adriane is also an elected official with the Buffalo Grove Park District and is the Chairman of the Illinois Association of Park Districts. 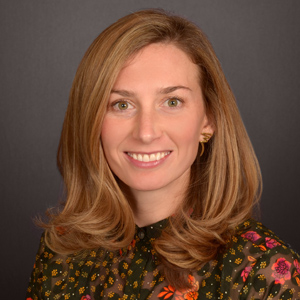 Based in Chicago, Illinois

Exceptional service, quality and strong client relationships have helped Stanley Consultants become a leader in the infrastructure and utilities markets. Since 1913, we have had a definitive focus on answering the world’s engineering challenges in power, water, transportation, energy and the environment. We work with utilities, industrials, institutions, U.S. federal, state and local agencies, foreign allied governments, developers and builders to plan, design, procure, manage, commission and help permit capital projects.

Kate has a Master of Engineering Management from Northwestern University and a Bachelor of Engineering from Vanderbilt University. She is a certified professional engineer. Kate is a client service manager and project manager in Stanley Consultant’s Chicago water and wastewater group. She has domestic and international experience as a project engineer and project manager, working with municipal, industrial and federal clients. Kate is an active member of the Illinois Section of American Water Works Associates and Central States Water Environmental Association. 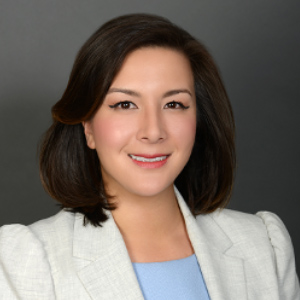 Based in Los Angeles, California

GovInvest is the #1 Pension, OPEB, and Labor Cost software solution. We blend the traditional approach of actuarial and labor consulting with a cutting-edge software platform and a dedicated team with decades of hands-on experience. Our application is delivered as a turnkey Software-as-a-Service (SaaS) solution. The presentation of this information is on a user-friendly, cloud-based software to easily project, analyze, and present. Our team takes pride in delivering our products, services, and support in a way that is unmatched. With ongoing client education and support, we are confident that we can provide any employer exceptional service.

Jasmine earned a BA in Economics from Stanford University, then went on to serve as Development Director for California Common Sense, a non-profit dedicated to opening government to the public, developing data-driven analysis, and educating citizens about how their governments work. Along with raising money towards disaster relief and charitable efforts, Jasmine is a frequently requested speaker at municipal government association meetings and conferences across the county. Jasmine founded GovInvest in 2014 and has grown the company nationally to serve hundreds of public agencies towards better analyzing, projecting and presenting impacts Pension, OPEB and Labor Costs through the good times and the bad.